And a full text transcript of the episode can be found here: http://thefatlip.com/transcripts/episode-8-shane-brodie-transcript/ 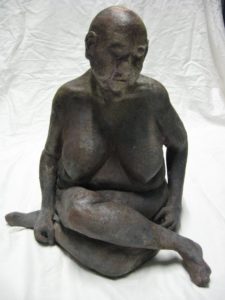 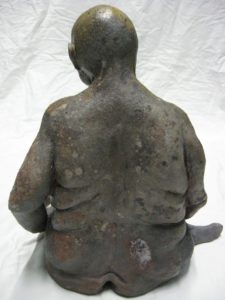 Bonus audio from the Fat Lip interview about Shane’s art and sculpture:

Text of Shane’s Letter to the Editor of the SF Chronicle in response to the CW Nevius piece:

Regarding C.W. Nevius’ “Nude Trump statue gone, but legacy lingers” (Aug. 30): The Donald Trump statues were wrongly compared to Robert Arneson’s 1981 bust of former Mayor George Moscone. As the protester who was referenced in the article and as a sculptor in Arneson’s lineage, I need to address this issue. It’s the spectacle of San Franciscans jeering at the physical qualities of the Trump statue that I was protesting, not the actual statues themselves, which are not well-crafted and are like the punch line of a grade-school joke.

On the other hand, Arneson’s Moscone bust is truly radical artwork. It explores the violence and hypocrisy of the murders and the “Twinkie defense.” Instead of glossing over these hard truths and making a plain, noble-looking bust, Arneson memorialized the circumstances of Moscone’s (and Harvey Milk’s) death as part of the legacy of the city and its painful civil rights struggles.

Arneson was incredibly brave in his commitment, and the Moscone bust is an outstanding reminder to us of what happens when hatreds are stirred up and go unchecked. It’s not useful to argue whether the Trump statues are art, but it is important to examine the hateful, body-shaming reactions they generated.

Want to be notified when a new episode drops or when new things are coming to your feed? Join our mailing list!